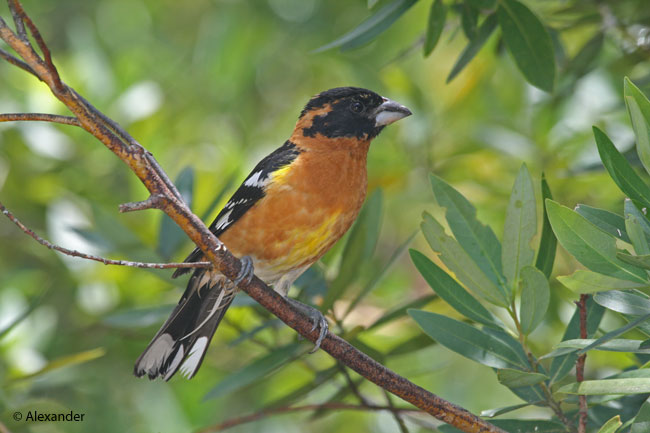 Although today is officially the first day of summer, this whole month leading up to it has been a wild, thriving bonanza in Northern California. By 5:30 dawn is underway and the cacophony of birdsong has already begun.

The hot temperatures and dry chaparral habitat bring out the Western fence lizards, skinks, and snakes. This year we have had the pleasure of many lizards and skinks. 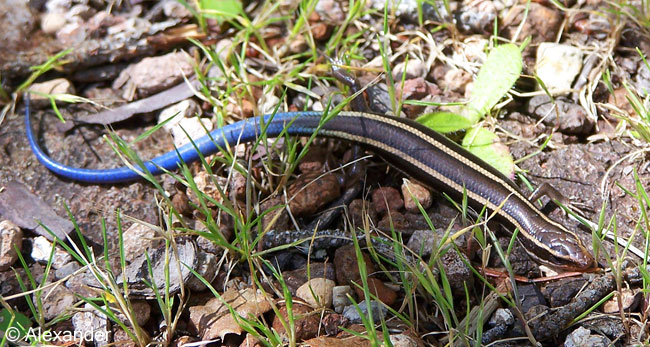 One day a confused lizard somehow got into the house. I came in and found it trying to climb our living room steps; fortunately the carpet was impeding progress. I coaxed the lizard, an alligator lizard, into a clean milk bottle and delivered him back outdoors. 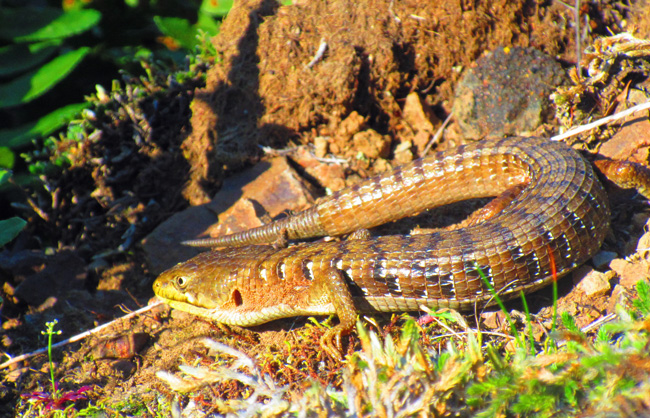 The birds take advantage of these long days. Many species have chicks in the nest, and industriously use the maximum daylight hours to snap up insects and worms for their nestlings.

Some birds are finishing their nesting like the titmice, violet-green swallows, and western bluebirds. Others, like the Pacific-slope flycatchers, are already feeding a second brood before they head back south. 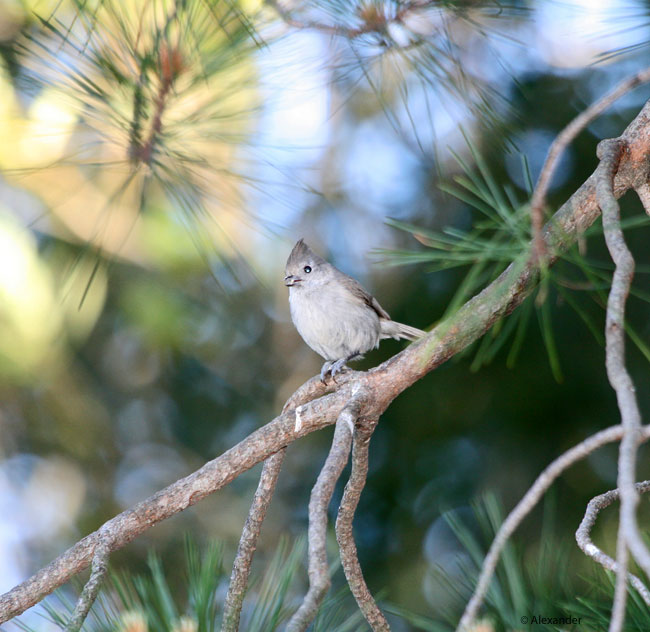 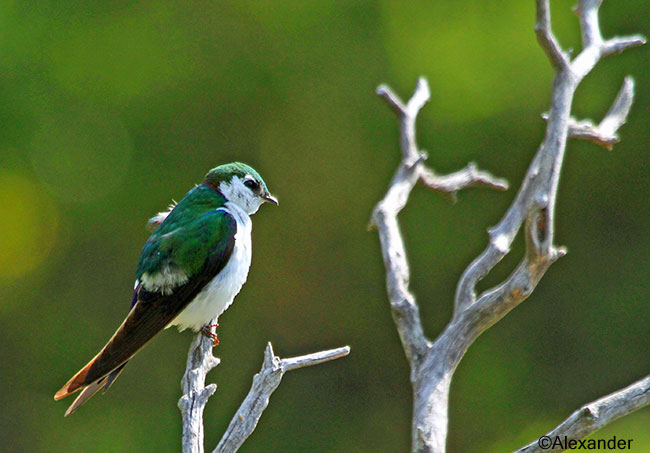 Juvenile Anna’s hummingbirds have been off the nest for about a month now, and are easy to spot because they zoom up to everything with defiant purpose, even if it’s inanimate like my cup of tea. Adults don’t waste their energy like that, they have to be alert and vigilant to defend their territory.

Anna’s hummingbird (adult male), California. Can you see his tongue?

Steller’s jays, a handsome and irreverent bird, also have juveniles right now and not a day goes by without at least one squawk-fest. I watch them. They squawk about nothing. I think they’re learning to voice. 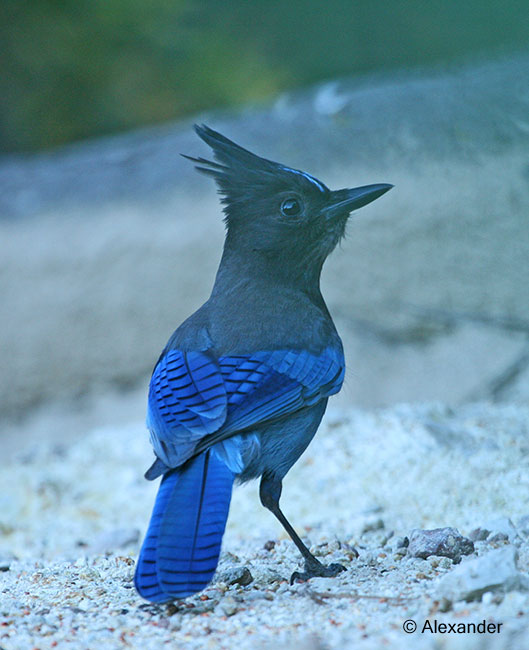 The yerba santa (Eriodictyon californicum) plants have unfurled thousands of tiny white flowers these past few weeks.  I’ve read that the nectar tastes bitter, but the shrubs are loaded with butterflies, sometimes six or eight at once–all sizes and colors. 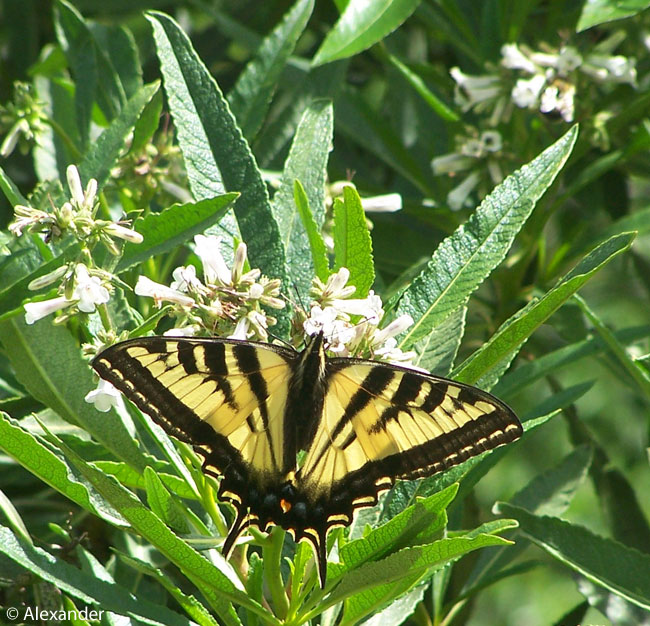 Bear grass (Xerophyllum tenax), also a native, is more prolific this year than any other year in my 18 here.  Every single plant burned to the ground in the 2017 wildfires; but since then we cleaned up the blackened stubs, and after a rain they earnestly began sprouting leaves. With fire-resistant rhizomes, they grew a full grassy bouquet, and recently each plant extended a tall green stem with one club-like flower. 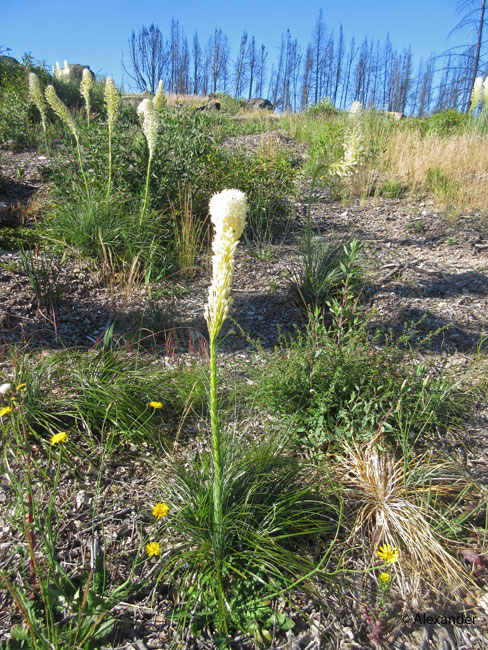 Four species of flycatchers, the blue-gray gnatcatchers and black-throated gray warblers are all here for the summer, calling from the trees reminding me the lively summer has arrived.

Residents like the finches, nuthatches, woodpeckers, wrens, vireos and raptors are also busy nesting. Juncos built a nest under our front steps. This week I observed a flicker nesting in a tree snag.

But it’s the black-headed grosbeaks who steal the show. Big bird with bold colors, a flash of white in flight; and the most heavenly melodious song reverberating throughout the day. 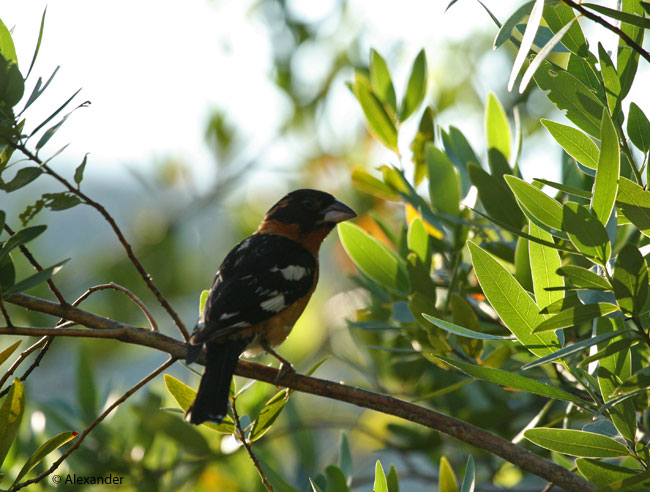 Pheucticus melanocephalus are here only a short time. The males arrive in April, the females follow, and the spring activities begin. Right now we have immature and adult grosbeaks flying in every direction, sometimes five or six at the feeder at once. By August they’ll be gone. 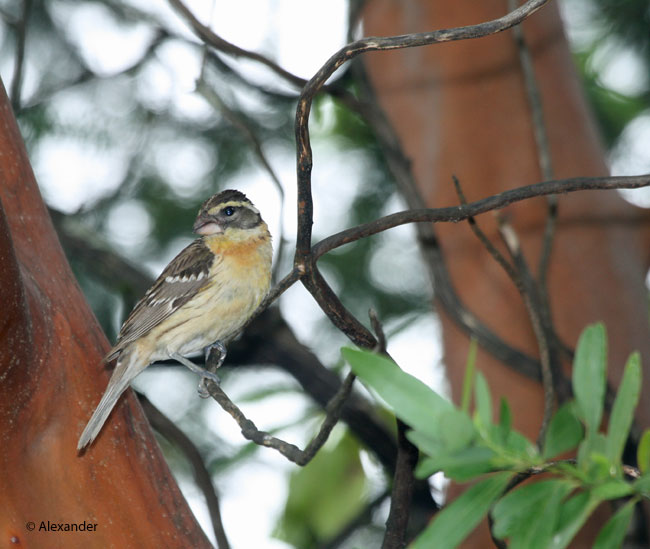 We keep the feeders filled with their favorite seed (black oil sunflower); and the water trays are brimming with refreshment for the hot, parched days.

So many goals I have, but none so easy to know or do as keeping the grosbeaks happy.

At dinnertime the jackrabbit comes in to feed on grass and weeds; and the immature grosbeaks continue their plea that has lasted all day: a wavy whine, feed me, feed me. 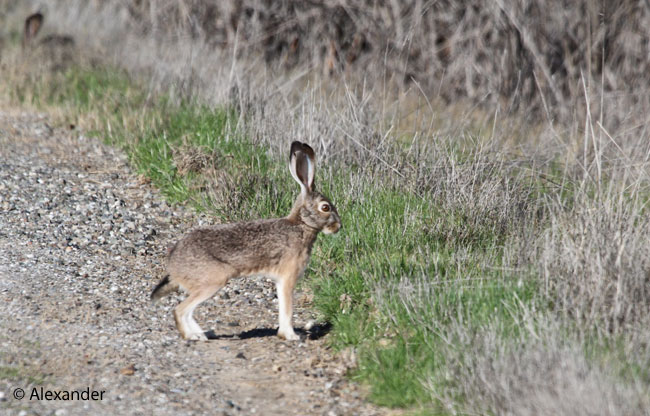 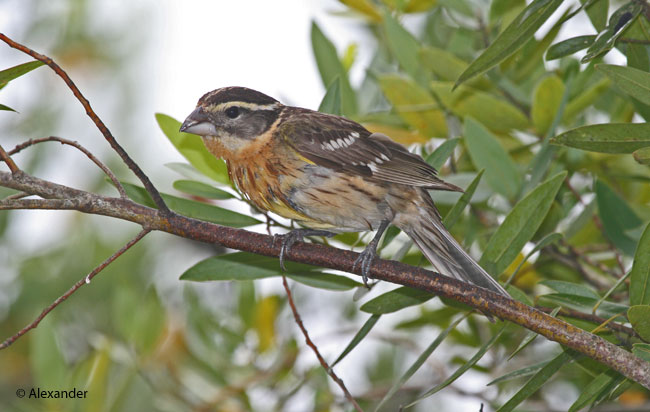 It’s not until 9:00 that the sun sets and the day quiets down…only for the night creatures to begin their watch. First the bats come out, frenetic silhouettes disappearing into the night. The frogs start their chorus, the crickets their stridulating chirping; and by the time it’s totally dark, the occasional deep hoots of a great horned owl lull me to sleep.

The force of life, the beat of summer. Happy summer to my northern hemispheric friends. 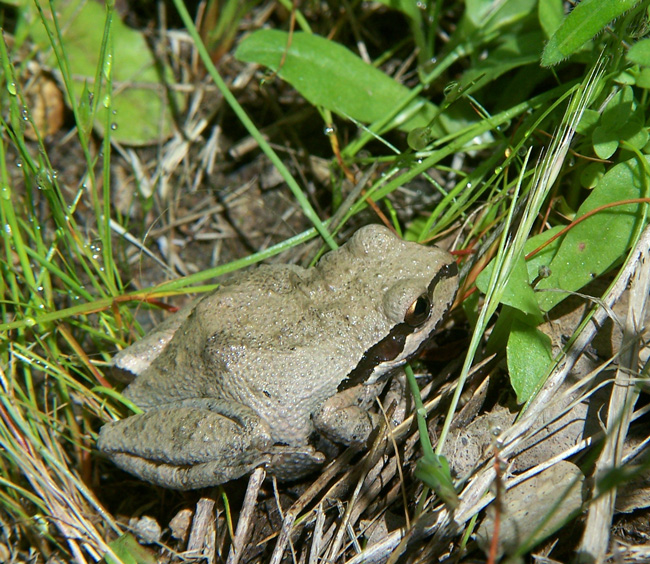