If any of my friends in the Northern Hemisphere are feeling a little blue about the waning of summer, here is a panoply of blue wildlife to uplift your spirits.

Though there are many birds with blue, there are also insects and reptiles, and even a monkey.

This skink we see in California has a dazzling tail.

The blue monkey. Not as blue as some of its fellow blue-named creatures, but a beauty nonetheless.

Birds this blue sometimes blend into the greenery; but I have spotted them from far across an opposite ridge…gasping from behind my binoculars, such stunning beauty.

We found these blue-headed parrots at a river bank in the Amazon. They were busy extracting minerals from the clay soil.

The color blue is a bit complicated when it comes to nature. Peacock feathers, for example, are actually pigmented brown, but their microscopic structure, through light reflection, expresses blues and greens.

I think the blue feathers on this Glossy Starling take scattering and bouncing blue wavelengths to a new high.

I’ve noticed some birds sporting blue always seem to be bright, like these two tanager species…

… whereas other blue-pigmented birds can sometimes look gray or black, depending on the light.

These blue-footed boobies are performing a mating dance. The blue pigmentation in their feet comes from carotenoids in their fresh fish diet. The bluer the feet, the more healthy the bird.

A few more of my blue favorites.

How wonderful to have all these blues in the world–so much pigmentation or light or wavelengths or whatever…to celebrate.

An archipelago located 600 miles off South America’s coast, the Galapagos Islands are a cluster of volcanic islands in the Pacific Ocean. Due to their remoteness, the islands have been difficult to access for hundreds of years, rendering the life that does exist to be unique, like nowhere else in the world.

Without significant predators present, the wildlife have evolved differently than what we see on mainland continents. It is here where Charles Darwin’s observations in 1835 led to the inception of the theory of evolution.

I recently read there are seven wildlife species tourists most want to see on the islands, so I have covered them all in this two-part series (not in this order), plus more: tortoises, sea turtles, marine and land iguanas, penguins, blue-footed boobies, and sea lions. (National Geographic June 2017)

Situated in a confluence of ocean currents, and influenced by extreme weather patterns and trade winds, the islands host a variety of habitats.

Life here is like being on a different planet.

Marine iguana, a fascinating and prevalent species on the islands. They are the only lizard on earth that hunt under water.

We were lucky one day to find two males gnawing at algae on the rocks under water with us, where we were snorkeling. Much of the time, however, you see their colonies lazing upon the lava and boulders, numbering in the hundreds; for they have to soak up the sun to move.

They range in color, depending on the island where they reside; and their sizes range too. The ones we saw averaged about 4-5 feet long (1.2-1.5 m) including the tail.

Previously posted: Snorkeling with a Lizard.

Though sources vary somewhat, the Galapagos have 18 major islands, 13 smaller islands, and 42 islets.

Espanola Island is the southernmost island and often the first stop for arriving birds. Here there is an unusual landscape of breeding birds. Among the craggy rocks, hard lava, and windy flats are the nesting colonies of two seabirds: blue-footed booby and waved albatross.

Gifted with the bluest feet you will ever see, the blue-footed boobies populate this island in various stages of breeding and nesting. One half of all breeding pairs in the world nest in the Galapagos.

Waved albatross, usually only seen at sea, also nest here. Listed as critically endangered, it is a once-in-a-lifetime experience to be so close to this remarkable bird.

Keep in mind these birds are endlessly mesmerizing to a birder like me. But the harsh sun and sour, fetid smell of hundreds of nests at your ankles can be off-putting to some people.

Another day while snorkeling, we came upon Galapagos penguins, also an endangered species. They are the second smallest penguin on earth, and because of their small stature, they are preyed upon by a long list of land and sea animals.

Speed is their lifeline. They shot past us in the water like bullets.

Sea lions abound on the Galapagos. They frequent the beaches, traverse the lava, and are seen gracing every island. But the most thrilling day was when we tumbled over the side of the inflatable boat and into the deep water.

As if we were their favorite playmates, the sea lions came bounding over to us–spinning and circling and ready to frolic. A social and playful mammal, they gave us the warmest welcome these chilly waters could offer. 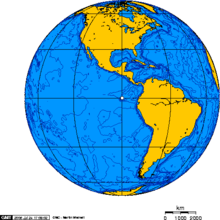 There is a gusty island in the Galapagos where seabirds flock–a dry, barren, lava-covered place in the middle of the Pacific Ocean.

Here we had the rare opportunity to witness the courtship dance of the waved albatross.

Espanola Island is the southernmost and oldest of the Galapagos isles.  It is the first speck of land the birds come to after traveling 600 miles (1,000 km) from Ecuador and Peru.

With long wings that can soar without flapping for hours, the waved albatrosses spend most of their life at sea, foraging on fish, squid and crustaceans. It is only during breeding time, their brief phase on land, that we see them so close.

A bird with a critically-endangered conservation status, the waved albatrosses gather here to court and breed–the world’s largest concentration of this species. Named for a wavy feather pattern, they have a wingspan of 7-8 feet (220-250 cm).

There were two surreal things going on that day as we stood buffeting the strong winds. There were hundreds of seabirds at our feet, different species, all performing bizarre mating rituals; and we stood unnoticed in the middle of it…could have been rocks for all they cared.

And secondly, these were rarely seen birds, yet they were everywhere.

The courtship dance of the monogamous albatross is a spectacular event. They clack their long bills together, much like two people fencing. They bow in unison, strut around, and vocalize a squawking serenade.

We were also surrounded by blue-footed boobies, read my previous post about that here.

The frigid waters of the Humboldt Current are plentiful with sea life for feeding their young. And the island is also predator-free, allowing the birds to nest on the ground without disturbance.

Months later, after the chicks are hatched and ready for flight, the albatrosses awkwardly waddle to the cliff edge. Their task has been completed, the cold, nutrient-rich waters will warm soon, and it’s time to return to sea, teach their young.

Facing strong tradewinds, the albatrosses step to the precipice, open their massive wings, and gracefully begin their very long flight. 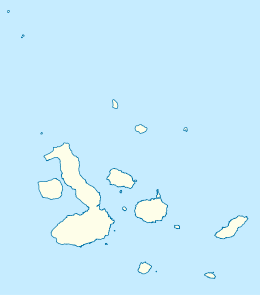 For a mystery adventure in San Francisco, my new book is now available in paperback or e-book. Purchase here or via Amazon and other online retailers.

There are not many places on earth for observing this delightful creature, for they are a marine bird found only on a few tropical and sub-tropical spots in the Pacific Ocean.  A trip to Espanola Island in the Galapagos yielded a fascinating introduction.

Sula nebouxii breed here where their ground nesting succeeds without animal or human disturbance, and they are surrounded by plenty of tasty meals.  They eat fish and are extraordinary divers, aligning their large body and wings in a streamlined bullet as they pierce the waters.  A large bird, about the size of a bald eagle, they measure approximately 36 inches long with a wingspan of over 4.5 feet.  To learn  more click here.

We found their breeding colony and were entertained for hours observing their mating dance.  A sunny, open expanse of lava and rocks was the scene for over a hundred of these showy birds.

Their mating displays are loud and raucous, and the dance is truly spectacular.  They have elaborate gestures that include strutting, dancing, lifting and presenting their feet, sky pointing, whistling, bowing, and nodding.  All of this is done in a ritualistic order.  What a crazy, surreal scene it was to see dozens and dozens of pairs in different stages of displaying, mating, and nesting.

When I see humans acting oddly in public, strutting and posing and doing their best to attract a mate, I am sweetly reminded of the glorious day we watched the blue-footed boobies on that island in the Pacific.