The ultimate draw at this popular tourist attraction is a small plaza of solid concrete between the movie theater’s entrance and the busy Hollywood sidewalk.

Imprinted in the concrete are handprints, footprints, and autographs of nearly 200 famous movie stars.

Over 80 years of entertaining, and the theater still hosts moviegoers every day, including premiere films with an entourage of celebrities and fans.  Now called TCL Chinese Theater (and boasting the new James Bond film in IMAX) it has had many names, many owners, many face-lifts…and millions of visitors.  Read more here. 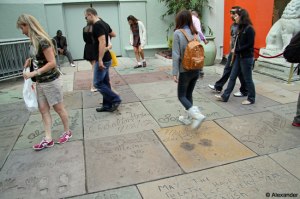 There was much noise and activity surrounding this hotspot on Hollywood Boulevard:  street artists, impersonators, souvenir hawkers, and tourists.  But I found that once I was in the plaza with the prints, the chaos melted away.

For here I was looking at the shoe prints of Rita Hayworth, the delightfully talented feet that had fluttered across my TV screen so many times.

Artists as far back as the 1920s and 30s had mingled here–Mary Pickford (original co-owner of the theater), the Marx Brothers, Al Jolson.  And hundreds more silver screen friends were here throughout the rest of the 20th century, and into the 21st.  View the list here. 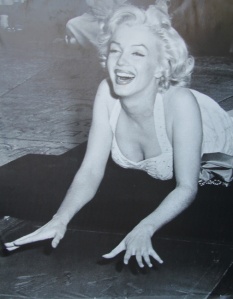 People I had never actually met, but whose body and face, voice and gift, instantly sprang up in my mind.  Here were the artists from every stage of my life, and my parents’ and grandparents’ too–they entertained and enlightened me, in sickness and in health.

We all paused and admired our own special heroes, stood in their footsteps, honored their essence.

In a few quiet corners I noticed there is still some space left for future celebrities, because yes, the show must go on. 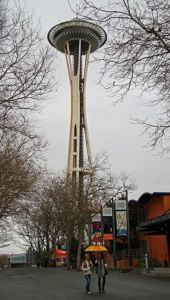 A former Mayan civilization lived here at Lamanai, one of many pre-Columbian archaeological sites in northern Belize.  Located on the New River, it’s name translates to “submerged crocodile,” for the crocodiles that occupied the area.

It is known as the longest continually-occupied site in Mesoamerica, where societies flourished before the Spanish colonization in the 15th and 16th centuries.   Mesoamerican inhabitants occupied this site for 3,500 years.

A significant amount of copper was found here during Mayan times, and the river was an important tool for its trade.  Many other human inhabitants occupied this area in the Belize jungle, to read more about the history of Lamanai, click here.

Our eight person birding group occupied this site for a day.  Filled with Mayan history and artistry, there were several temples to enjoy and explore.  But oh what incredible jungle birds thrived here too!  It was a delightful dilemma of where to look next.

Lamanai, Temple of the Jaguar Masks

Most of the archaeology excavations occurred in the 1970s and continued over the years.  The three major temples are truly awesome.  But I also liked the mounds of quiet grass, sites that remain unexcavated.

There was a sacredness to this beautiful place on earth, and I liked that some of the secrets still remain buried in the earth. 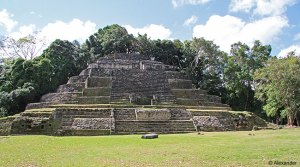 I find bird drawings especially delightful when they are birds I have seen.

This drawing, by a Dutch zoological illustrator named Joseph Smit, comes from The British Museum, done in 1886.

I saw this dazzling bird, a tanager, in Peru in the 21st century.  A lovely link across the centuries…. 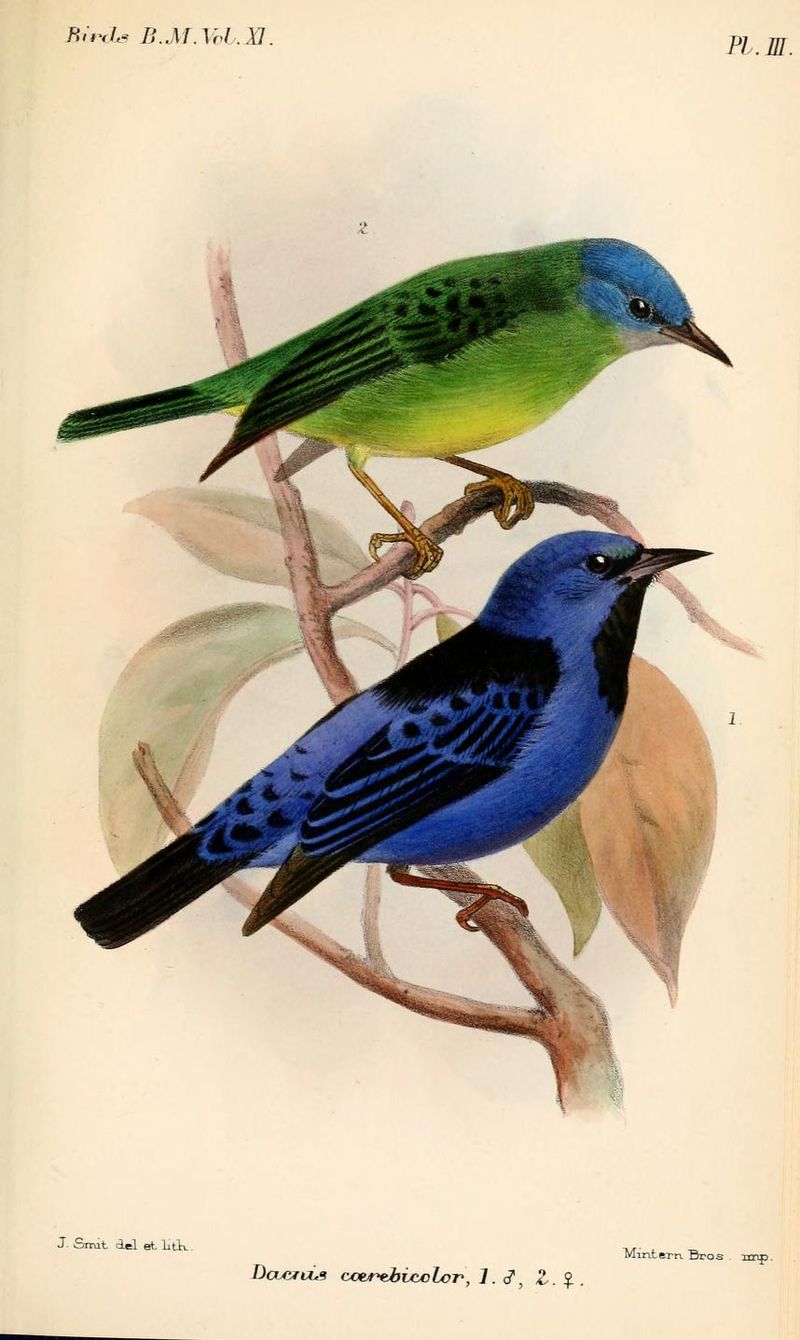 More about the sculpture here.

This lovely flower opens every spring, and lasts for much of the summer.  It used to be that I cut back the dried-up brown foliage when the plant was done flowering.

But then one year I left the brown foliage up several weeks longer until the seeds dropped, before I cut it back.  It was more unsightly, but I discovered these wild flowers were re-seeding and multiplying.  I’ve done this for several years, and now we have dozens of big fluffy clumps of the gold wire plants.

Hooking into the natural rhythms goes a long way. 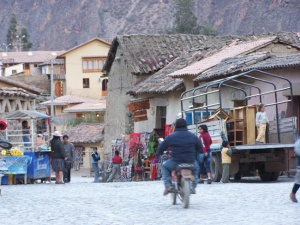 There’s a small old town hidden in a valley amidst the Andes Mountains in southern Peru called Ollantaytambo.  It is on the train route to Machu Picchu and most people do not stop here, but oh, what a wonderful place it is.

Approximately 37 miles (60 km) from the city of Cusco, Ollantaytambo (pronounced oyan-tay-tam’-bo) rests at an elevation of 9,160 feet (2,792 m).  It has an extensive history dating back to the 15th century, and provides a rare look into the Incan empire.  For more history on Ollantaytambo, click here.

When you visit here now you have the unique opportunity to walk through the ancient Incan sites, learning about a vanished culture, appreciating their architecture and craftsmanship.  Simultaneously a visitor can experience the activities and culture of the 21st century, strolling along the cobblestone roads, observing the vegetables and fruit that locals are selling beside the internet cafe. There are only a few such sites that still exist–including here and Machu Picchu–that offer a broad look at the Incan empire.

Incan-built wall with a handhold (upper center) still in place

Most impressive is the architecture.  In the 15th century, local stones, often granite or limestone, were rolled up earthen beams on wood ramps; then cut with stone, bronze or copper tools.  Stones were usually split along the natural fracture lines.  Each large piece of stone weighing 500-2,000 pounds was moved via handholds, set into place, and then the handholds were shaved off creating a smooth wall.  Amazingly, the stones were laid without mortar and still, to this day, the walls have no fissures or gaps between stones.  Incan architecture is a vast subject, read more here.

Many people headed for Machu Picchu do not spend time here, which is why I liked it so much.  There is a peace among the narrow stone alleyways and the towering ruins.

Local infant protected in the shade 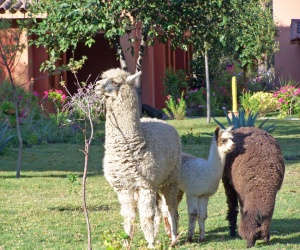 Grazing alpacas at our hotel, Ollantaytambo 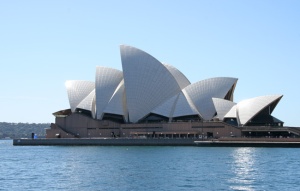 My travels don’t usually linger too long in cities, but Sydney is an inviting, international center for arriving and departing flights, and I enjoyed it on four different occasions.  The Opera House is impressive from inside and out; you can explore it without spending a penny, and admire it up close or from a harbour boat.

Although it’s name indicates it is one venue only, this iconic building is actually a performance facility for numerous organizations and performances. Construction began in 1959 with an original budget of $7 million.  The architect was a Danish man, Jorn Utzon, who resigned from the project in 1966.  It was completed in 1973, costing $102 million, and formally opened by Queen Elizabeth II.

The largest section of the Opera House, the Concert Hall, is host to the Sydney Symphony Orchestra, the Opera, and other concert presenters.  It has over 2,600 seats and boasts the Grand Organ with 10,000 pipes.  There is also another large performance theater with 1,500 seats, several other smaller theaters, a multi-purpose room, and recording studio.  In addition, large, open foyers are used for social functions and conferences.  Cafes, restaurants, and bars are also on the site.

When I visited Sydney it was not the opera season, but for a small ticket price we went to a singing performance in a small theater.  Typical of Australia, the atmosphere was very casual.  Inside it was a very busy place, with tourists and locals alike.  You can also buy a guided tour.  I imagine the acoustics in the big Concert Hall are superb, as they were in the small theater I attended.  Indoors there were high, curved ceilings, spacious open areas as well as intimate spaces, dazzling harbour views, and an ultra modern theme.

The Harbour is bustling with boat tours, commuter boats, and pleasure craft.

The expansive Royal Botanic Gardens are within walking distance, the Taronga Zoo is accessible by boat from this harbour, and there is plenty of shopping and touring to do around the harbour and downtown.  But the problem is the Outback is calling!  There are kangaroos, echidnas, parrots, and koalas to find, and the Great Barrier Reef is oh so near….   Cheers mate! 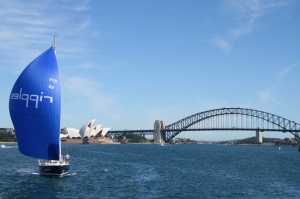 About a half hour drive north of Victoria, Canada are the famous Butchart Gardens.  Since so many of my blogging buddies are surrounded by snow and ice at the moment, I thought these photos might help thaw their bones. 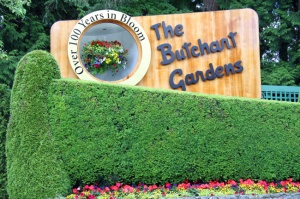 The Butchart Gardens are formal gardens that were once lovingly created and maintained by Jennie Butchart.  In 1904 her husband Robert Pim Butchart extracted the natural limestone in this area for his cement company; while Jennie became the company’s chemist.  They built a home and estate near the limestone quarry.  Eventually their land was exhausted of the limestone and a large empty quarry pit remained.  Jennie had the pit lined with top soil and over the years developed formal gardens.  In later years their grandson and other family members turned the Gardens into a popular international destination.

Among the formal gardens are:  The Sunken Gardens (pictured here), Rose Garden, Japanese Garden, and Italian Garden.  There are also many other flower-lined areas for public events such as the Concert Lawn and Stage, a Fireworks Lawn, and the Carousel Room.

Today it is one of the biggest tourist attractions for visitors and residents on Vancouver Island.   It is also a National Historic Site of Canada, and National Geographic named it one of the Top 10 Magnificent Gardens.  In it’s over 100 years of showmanship, the Butchart Gardens have received many prestigious awards. 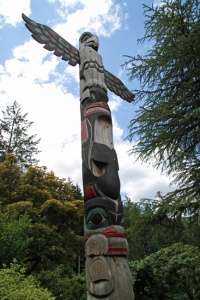 If you ever visit the charming city of Victoria, it is an easy bus ride to The Gardens, and a wonderful place to soak in the sunshine on your back as you stroll along the paths of riotous colors and thriving plants.