From the galaxies above…

to the sea floor below…

and everything in between.

Let us find the tools to see past the noise of the day,

and recognize the heroes and miracles

that surround us every day.

One year, in a departure from our much-loved wilderness adventures, we made a trip to the bustling urban metropolis of Los Angeles for one reason: to see Alex Trebek.

It is a great honor to share our afternoon in the Jeopardy! world, a world that, sadly, Alex Trebek left this week after a noble fight with pancreatic cancer. Canadian born and raised, Alex Trebek was America’s Favorite Game Show Host.

It was 2013 and Jeopardy’s 30th year–a popular American question-answer television quiz show. They were taping five shows a day, three in the morning and two in the afternoon. We had signed up for an afternoon in the Jeopardy! studio, driven eight hours, and the next day watched the television taping of two consecutive shows.

This television show took place like most, in a sea of concrete lots in the land of Hollywood.

Athena and I stood in a long line, and eventually a studio employee gave us instructions and led about 50 of us into the building. It was essentially a warehouse, a labyrinth of narrow hallways and plywood walls.

For purposes of keeping the show’s questions and winners a secret, we were not allowed to take photos or have our phones on.

This television show, like most, was taped live; i.e., the show is performed live with only a few minor post-edits.

Jeopardy! has been on the air for 37 years and has accumulated more Emmy awards (35) than any other game show. Alex Trebek has also won seven Emmys for outstanding game show host and a Peabody Award as well.

It was easy to see what made him outstanding.

They led our parade to the audience seating where we saw contestants on stage rehearsing with a pseudo-host.  The three contestants were getting familiar with their signaling devices and answering fake questions, while production staff and sound engineers bustled around adjusting microphones, cameras, and lights.

We were now the studio audience and our job was to clap loudly and not utter any other sound.

When it was time, the countdown started:  Five, Four, Three, Two….

All overhead lights were extinguished and bright pink lights flooded the stage. An “On the Air” light flashed on. The Jeopardy! theme song, as familiar to me as a lullaby, blasted the studio.

Johnny Gilbert at his lectern shouted out in his booming voice, “This Is Jeopardy!”

I was so excited I thought I was going to explode.

Then Alex Trebek came onto the stage in his energetic happy-go-lucky walk, smiling and thanking all who were present.

Johnny Gilbert gestured for us to clap. I looked around and saw the whole studio audience smiling broadly and clapping heartily.

Although there is much illusion in the world of television and film, one thing was authentic from the start: Alex Trebek.

During the commercial breaks he came over to us. Handsome and personal, he was dressed in a dapper suit and fine leather loafers. He entertained us with his dry humor and self-deprecating jokes. Told us personal things, like his favorite color (gray), answered all our questions.

At one point, in answer to a question, he nimbly tap-danced for an impromptu half-minute.

At 7:30 that morning Mr. Trebek had received the material for all five shows of the day.  With 61 clues and answers per show, and five shows, he facilitated 305 questions a day in front of a live audience and nine million TV viewers.

He covered questions and answers spanning all of the world, gliding seamlessly over accents and pronunciations, making jokes, and connecting to everyone in their living rooms.

What was most clear to me as we sat in that audience: he worked so hard and made it look so easy.

Before the show began, we were also introduced to Johnny Gilbert. He was the announcer and had been working beside Alex Trebek on the Jeopardy! stage for three decades. He was friendly and outgoing and somehow made us want to do anything possible to make the show go perfectly.

We were also introduced to the Clue Crew and the eight judges.

Once when a contestant answered a question, but not quite right, there was a quiet stirring of researchers and judges in the darkened sidelines, and within seconds the correct answer was announced.

Several hours later, after the shows were done, we were escorted into the front room and allowed to take photos. Mock contestant booths and a cardboard Alex kept us all busy. Before exiting, we were given a post card with the dates when “our” shows, #6749 and #6750, would air.

Two months later, on schedule, we watched “our” shows on TV.

Alex Trebek made everything look easy, it was part of his panache. But until Jeopardy!, his broadcasting career was a whirlwind of cancelled shows and long commutes across international borders. He spent the first decade of his career hustling for work.

He got his start on Jeopardy! while filling in for the host of “Wheel of Fortune,” pre-Pat Sajak.

Over the years he became a cultural icon, his enthusiasm was contagious and his consistently smooth style was charming. He hosted contests, other game shows, and often appeared as himself in movies. He gave much of his time and fortune to the world.

The question is: Who was the most remarkable game show host of all time and will be deeply missed?

The answer is: Who is Alex Trebek.

In this fresh new year — try to find a spark of  joy in every day.

It could be a spot of bright nature;

or something new you’ve never seen before;

Conversely, joy could appear in something you see every day, but never stopped to appreciate.

We can find joy in remarkable human engineering feats;

or art, so many forms of art.

Some of the most cheerful joy comes in simple forms.

There will be times, however, in the new year when difficulty or despair take over.

Joy might not be readily accessible in the darkness.

For these times, go to sleep, rest…

Written by Jet Eliot
All photos by Athena Alexander.

“Strength does not come from physical capacity. It comes from an indomitable will.”  ~~Mahatma Gandhi

In the heart of San Francisco, centered in the Yerba Buena Gardens park, is the Martin Luther King Jr. Memorial.  Highlighted by a roaring waterfall, it is solid, yet always moving.

Built of Sierra granite, there is a terrace garden and walkway above the waterfall, and the rushing waterfall that empties into a 120,000 gallon reflecting pool.  It is the largest fountain on the west coast.  A unique path behind the waterfall features 12 etched glass panels of quotations by Dr. King.

Jet reading quotes, waterfall above and behind 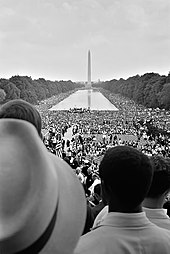 He organized and led the 1963 March on Washington, and moved hundreds of thousands of people in one of the largest human rights political rallies of the time, calling for an end to racism.

Looking through the waterfall

The visitor proceeds under the waterfall, drawn in, and rewarded with privacy and reflection on the words of this fearless world leader.   There, underneath, all you hear is crashing water.  The city is drowned out, urban stimulation has vanished.  As we read each quote, his rhythmic words, deep voice, and brilliant oratory style come quickly to mind.

This memorial reminds us there is still a long way to go, and we cannot forget, we cannot be mute.  But we can take time to pause and reflect, as we continue moving forward.

“No.  No, we are not satisfied, and we will not be satisfied until justice rolls down like water and righteousness like a mighty stream.”

…that every human creature is constituted to be that profound secret and mystery to every other.

What’s already available in the here and now is plenty for us to be nourished, to be happy.

Jet Eliot
Create a free website or blog at WordPress.com.