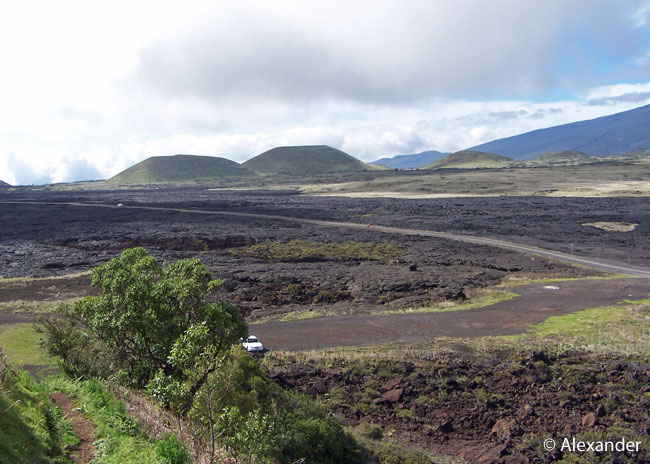 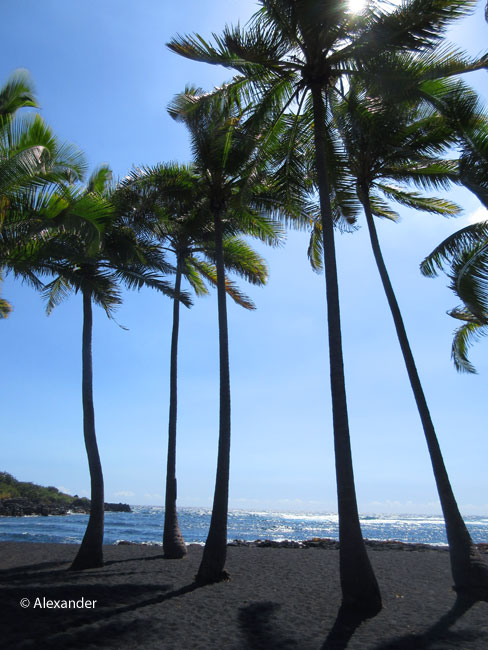 The Hawaiian Islands are like no other place in the world. While there are many tropical attractions for vacationers including beaches, palm trees, and balmy fragrant air, it is the volcanoes that lend a unique aspect to these picturesque islands. 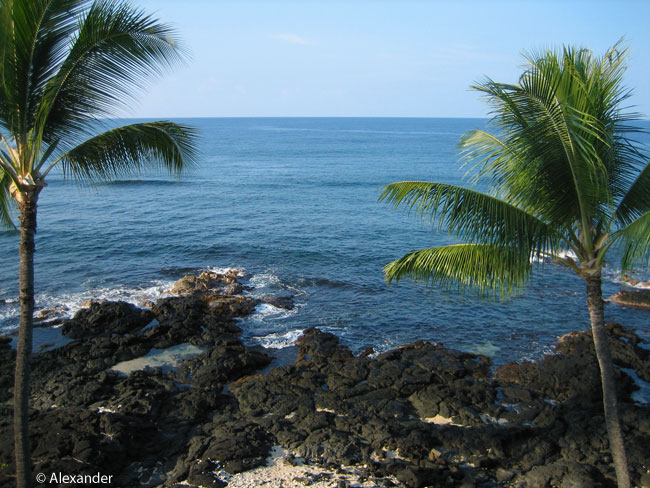 Here in the northern Pacific Ocean, there is a volcanic hotspot where magma from below the surface wells up. Movement over this magma hotspot by the largest tectonic plate on Earth, the Pacific Plate, creates the volcanic activity. This is what created the islands.

The eruptions have been occurring for millions of years, and still do to this day. 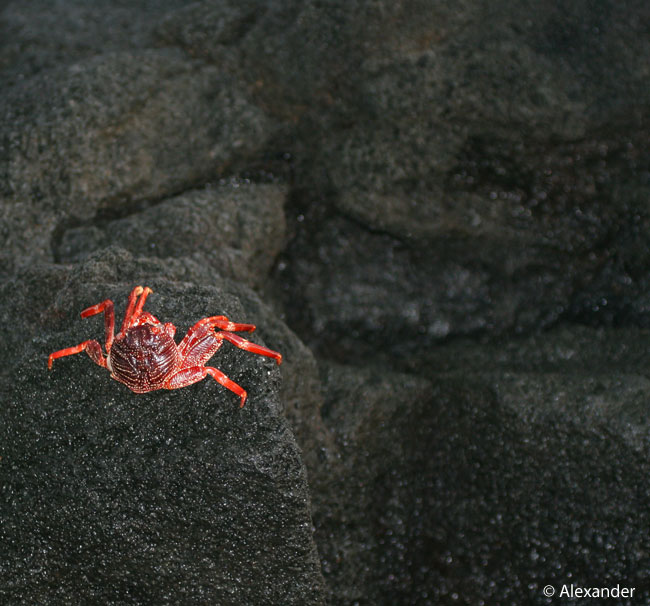 All of the Hawaiian Islands show evidence of lava flows, but there is no island more active today with volcanic lava flows than the Big Island. It is on the far east end of the archipelago, and is the youngest island, and therefore has the most activity.

All photos posted here are from the Big Island. 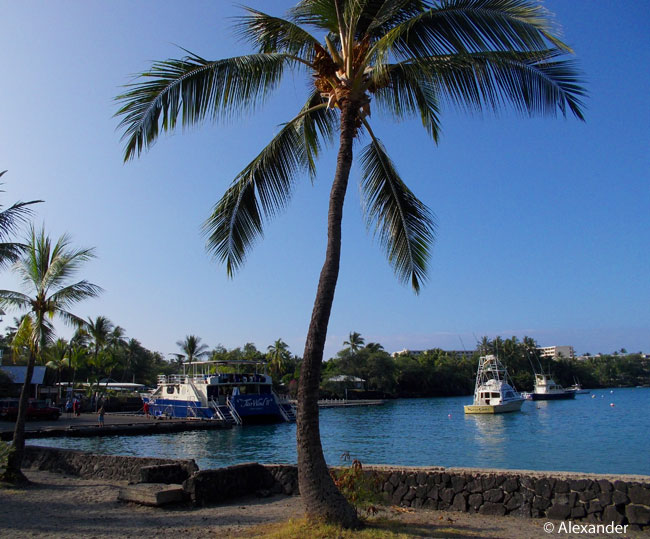 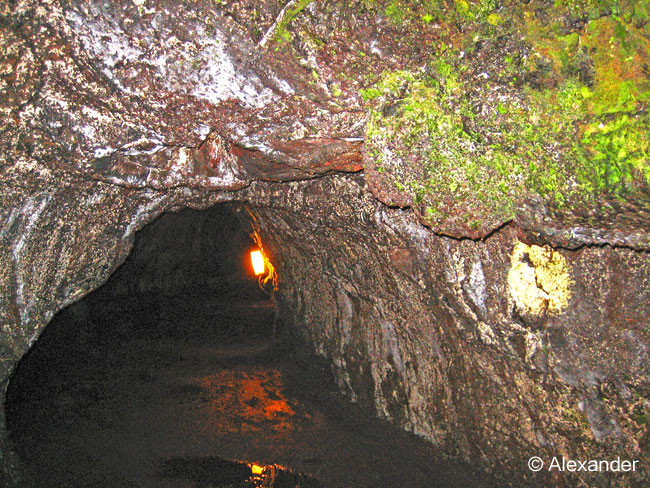 I have visited the Big Island seven times since 1996. What I find most extraordinary is that the land, especially near Kilauea Volcano in Volcanoes National Park, is constantly changing shape due to the volcano activity.

Roads we drove on and trails we hiked in the 1990s have been swallowed up by lava flows, gone now.

These two photos taken at Kilauea as recently as 2016 reflect a landscape that no longer exists, due to the massive eruption in May of 2018. 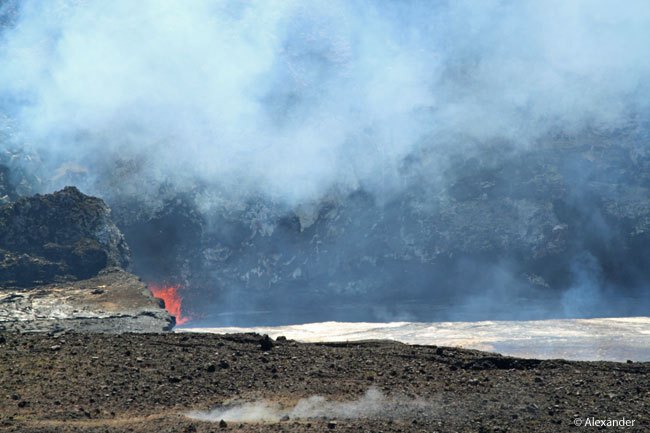 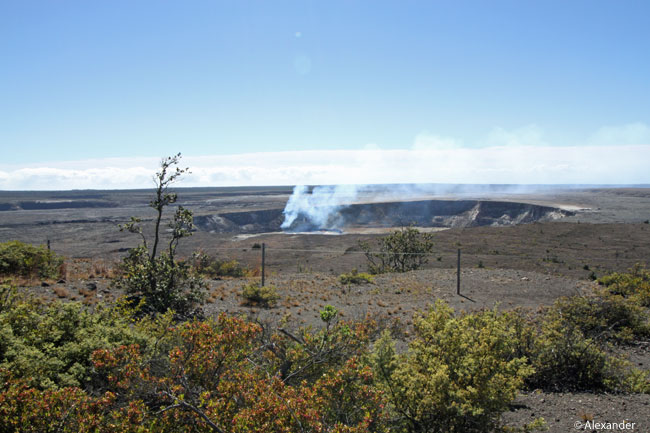 Take a look at this video with shocking aerial footage of the lava flows during the May, 2018 eruption. 2018 Eruption of Kilauea.

This photo shows folks watching a Kilauea eruption in 1924. 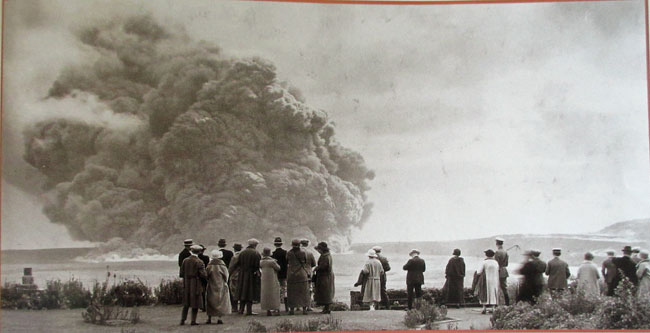 The National Park Service has a website that is constantly updated for people who are planning a visit to the Big Island, supplying information on the most current eruptions, conditions, and road closures.

But it’s not just around Kilauea where you see the lava activity. Evidence of lava flows new and old can be seen on the Big Island wherever you go.

Puʻuhonua o Hōnaunau National Historical Park, aka The Place of Refuge, is located on the west coast of the Big Island. Until the early 19th century, this 420 acre (1.7 sq. km.) site was a designated place of refuge for Hawaiians who had broken the law.

Walls of this ancient site, built centuries ago, were built with lava rock. 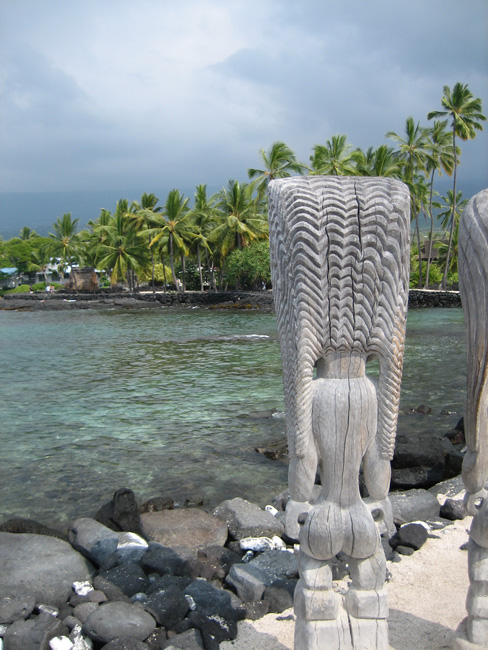 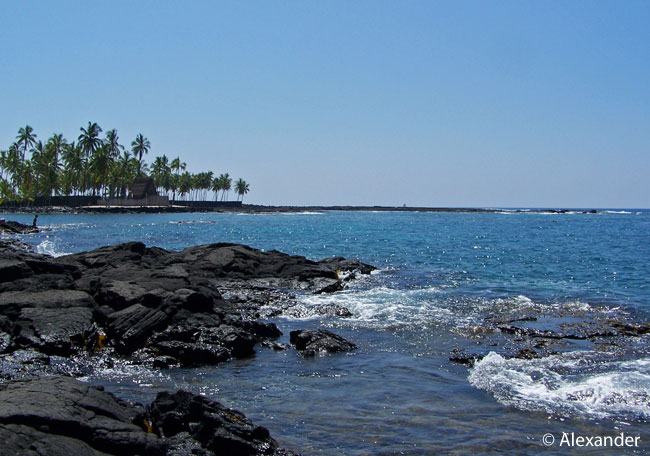 The place where Captain James Cook was killed on February 14, 1779, shows his monument built on black lava rocks. 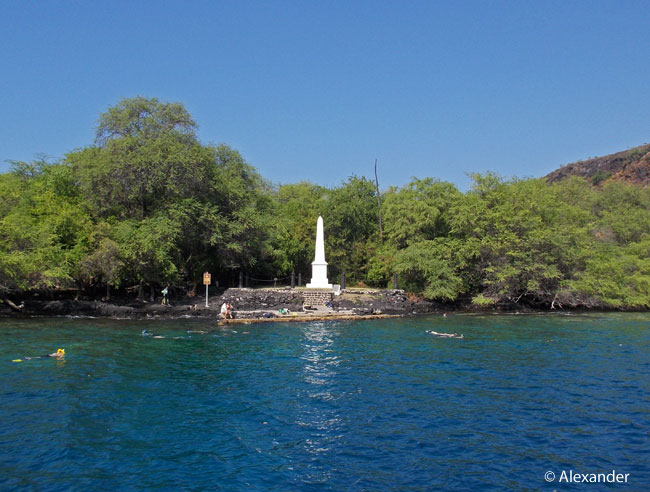 Residents live around the lava, turtles hunt on it, birds and crabs traverse it.

Wherever you venture on the Big Island, black lava tells poignant stories of the numerous eruptions and the people who have embraced this magical, but volatile, land. 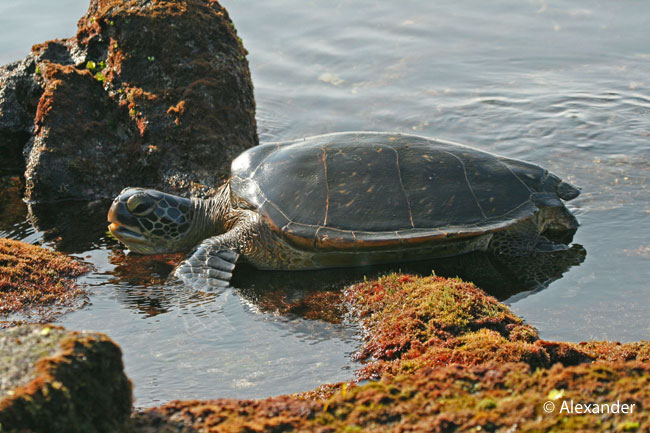