It had been about a half hour of boating along the Okefenokee Swamp’s main channel before we arrived at the pitcher plant area.

In that time, several alligators cruised by our boat searching for fish or snakes to devour, their menacing eyes regarding us with dead blankness.

Our guide was excited to show us the carnivorous plants. Later I would understand why, but for now it was eerie: hungry alligators half-hidden in black water, masses of thick moss hanging from every tree–and we were on our way to see flesh-eating plants.

Permanently saturated wetlands, like the Okefenokee, have acidic water; soil is typically low in nitrogen and nutrients. Carnivorous pitcher plants have adapted to obtain minerals and nutrition from the living beings they trap.

Pitcher plants, their rhizomes underwater, can be seen hidden in thickets of tall grasses. Look closely in the center of this photo.

You look at this elegant plant never thinking it has skeletons floating inside.

There are two major pitcher plant families in the world: Nepenthaceae and Sarraceniacea. The genus Nepenthes, found in the Old World, has more than 170 species of pitcher plants; found in many parts of Asia and elsewhere.

The Sarraceniacea pitcher plants are found in the New World, and all are native to North America.

The plants use chemicals and/or physical properties to attract and ensnare prey. Their shapes, which vary among species, are also a key factor in trapping prey.

The Okefenokee species, the Hooded Pitcher Plant, attracts ants and a wide range of flying insects.

There are glands near the top of Sarracenia minor that produce sweet-smelling nectar. Insects are attracted to the scent.

In addition, the white spots on the back of the hood, areoles, are translucent, allowing light to enter into the pitcher. Insects are lured in by the sweet smell and the light. In springtime there is a flower, also an attractant.

Notice the white “windows” in this close-up.

Once inside, the insect is trapped by stiff, down-pointing hairs that do not allow exit. They slide down the pitcher’s narrow shape, and are caught in water at the base, where they drown.

Dissolved enzymes in the water eventually digest the insects. The plant absorbs the insects’ soft parts, and the skeletons remain.

The hood of this species also prevents the trapped insect from escaping, while keeping rainwater out of the pitcher’s enzymatic waters.

A meat-eating plant filled with skeletons…grows in swamp water…attracts, kills, and eats insects.

Oh, the endless marvel of nature. 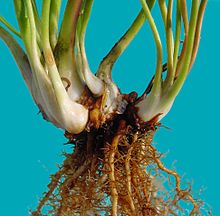 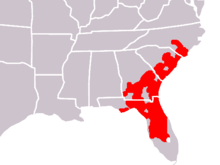