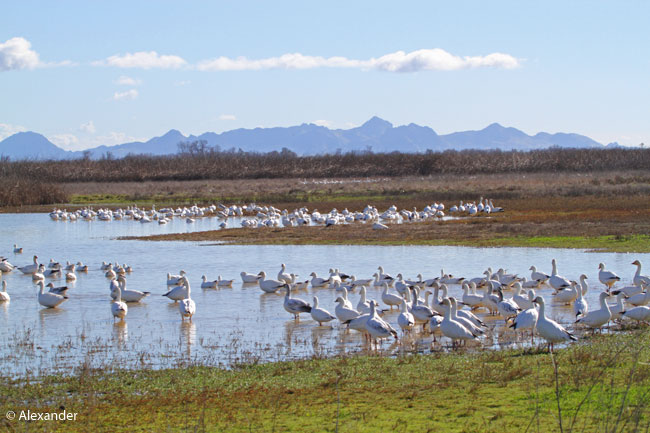 Every winter we drive up to the Sacramento Valley to watch the bird migration. This year we not only had the spectacle of millions of geese and ducks, we were also treated to a half hour with three feisty river otters.

The Sacramento National Wildlife Refuge offers a self-guided auto tour that loops through 10,819 acres (43.78 sq. km.) of wetlands. The Fish and Wildlife Service estimates that about three million ducks and close to one million geese are spending this winter here.

Every winter I write a post or two on what we found in the Sacramento Valley. There are a few links below.

Across the United States, the North American River Otter has had a difficult history with declining populations due primarily to hunting, water pollution and habitat destruction. Reintroduction programs have been successful, but the otters still have a tenuous existence.

In some states it is now legal again to hunt river otters, though not in California. Range map below.

Over the course of our winter wildlife viewing in these wetlands (25+ years), we have had a total of about ten minutes observing river otters. They simply haven’t been around much, despite the wetlands being a perfect habitat.

Last year we had the joy of watching one otter in a flooded field. Five Minutes with a River Otter. 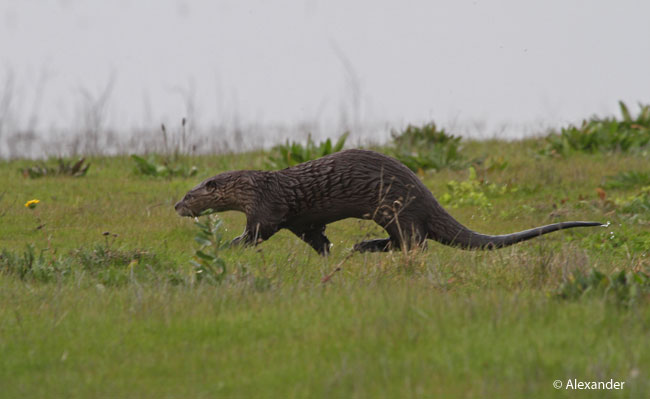 This year we had a bonanza with three otters.

Fortunately we took the auto tour very slowly, or we probably would not have spotted the otter activity.

It is a six-mile drive and we spent five hours on it.

After years of practice, including numerous African game drives, we have perfected our auto tour experiences. I am the safari driver, while Athena has the entire back seat for photographing. She has both windows open and several lenses available.

Our winters in the Sacramento Valley are always cold, and often rainy…but we are never miserable. We always bring along a hearty lunch and a thermos of hot tea. For elevenses, we warm our home-baked scones on the dashboard heater vent.

It is prohibited to get out of the vehicle except in the 3 or 4 designated spots. Using the vehicle as a moving blind, visitors are able to see birds and mammals up close without disturbing them.

When we first noticed a flock of coots flustered and riled in a deep ditch of water, we stopped to see what the excitement was about. We couldn’t see anything, so I slowly drove forward.

About five minutes later and along the same water-filled ditch, we saw more movement, still unidentifiable.

Here’s what it looked like without optics. There is an otter in this photo: in the center–a dark brown mass in the watery green weeds. It is just below the tall golden reeds and slightly right and back of a horizontal white weed.

We both had our binoculars up, scanning, scanning. Hmm…something was going on.

Then an otter head popped out.

Otter with fish. Lines on the back and neck demonstrate how water courses off the otter’s fur. 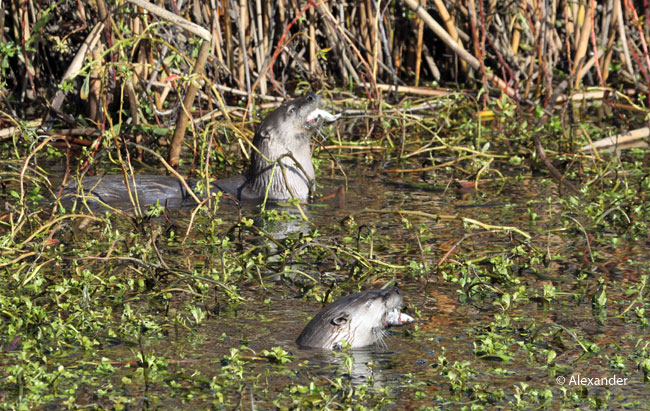 Athena’s camera was rapidly firing, and we were silently thrilled as the two active otters were joined by a third.

Each otter would vanish under the cold, dark water, then come up with a wriggling, silvery fish in its mouth. It was a frenzy. Continued for a half hour.

Eventually the three otters got full bellies, swam to the end of the ditch, scampered out of the water and disappeared. 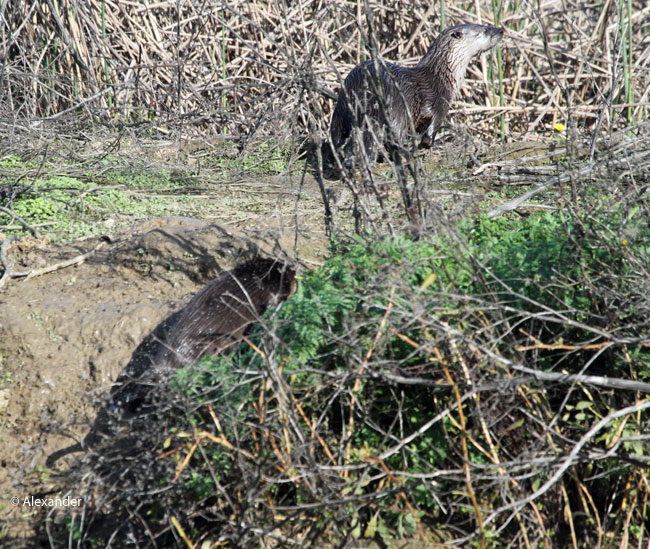 The rains had been abundant, and fish were too. Oh how I love the blissful days in nature. 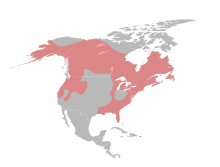 78 thoughts on “Celebrating the River Otter”