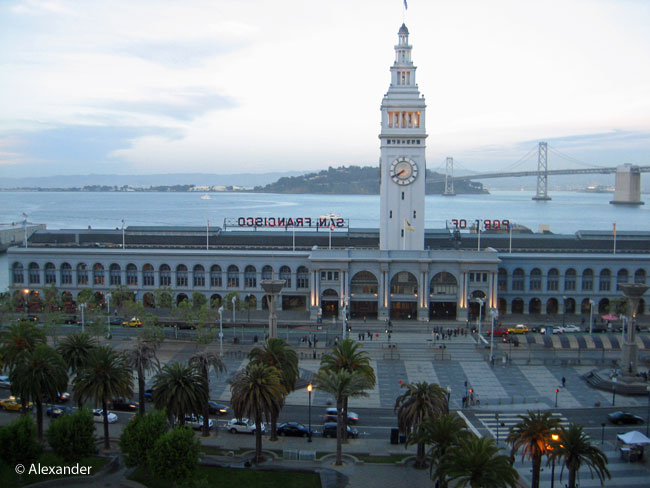 Located on the San Francisco Bay waterfront, the Ferry Building is an indoor marketplace with shops and eateries, a busy ferry transit station, and year-round outdoor farmers markets. It is a wonderful place to spend an animated day in San Francisco.

With status as a San Francisco Landmark and National Historic Place, it has been a transportation terminal hub since it was built in 1898. 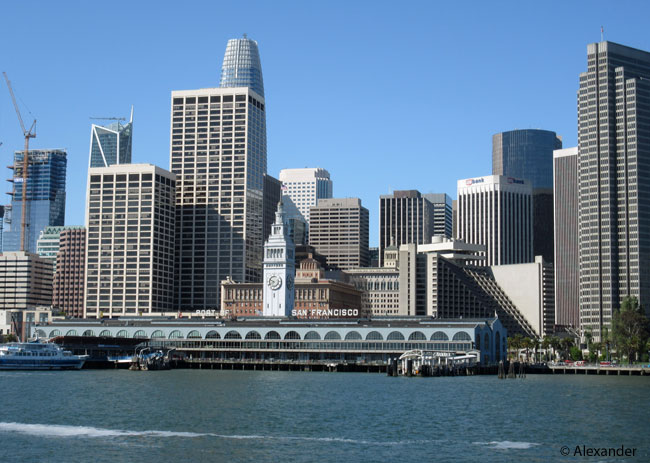 The Great Nave, a 660-foot long (200 m) indoor promenade, is brightly lit with skylights and features approximately 50 shops today. Originally it was bustling with freight, baggage, and mail activities. 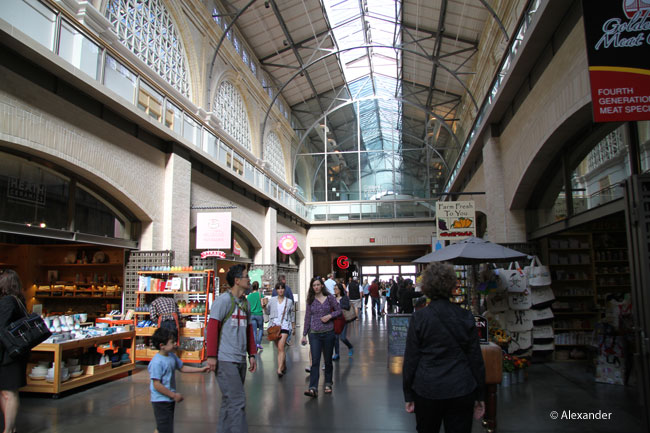 Indoor mosaic tiles throughout the building

From 1898 to the 1930s, it was the second busiest transit terminal in the world. In the 1920s, fifty million passengers a year, and automobiles, used the ferries. When the two big commuter bridges–the Golden Gate Bridge and the Bay Bridge–were built in the 1930s,  ferry traffic significantly diminished.

Nearly a century later, taking ferries to work has come back into vogue, a good way to avoid the auto-clogged roads. It may not be the cheapest means of commuting, but it is the most civilized, and thousands of commuters prefer it.

Commuters enjoy a visit with a friend or a good read, a coffee in the morning or beer after work, as they are nautically ushered home after a long day. Rush hour in the Ferry Building hums with commuters. 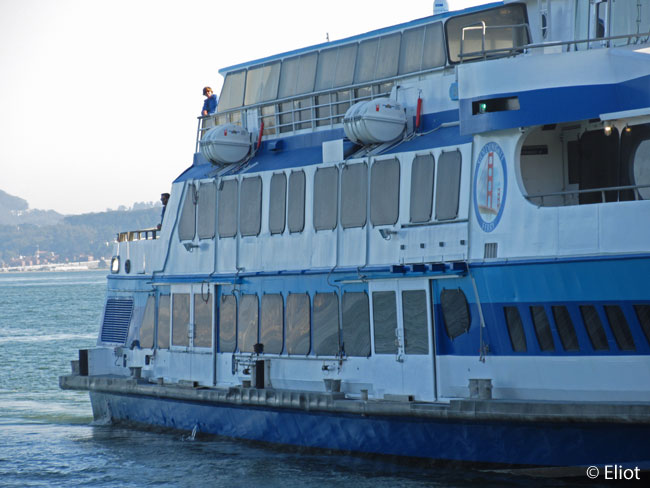 An extensive web of public transportation continues just across the street from the Ferry Building, whisking people further into the city or far away from it.

With the water right here, this corner of the city has been a beehive of activity for nearly as long as the city has existed with trains, ships, horses, carriages, and cable cars.

Here is an entertaining You Tube video, worth a minute or two of your time. It is original footage of Market Street traffic, including the iconic building always in center view, getting closer. The year is significant: the film was made four days before the 1906 earthquake that would destroy 80% of the city.

A Trip Down Market Street – video

That year, 1906, was a devastating one for San Francisco, but you can see from the photograph below that the Ferry Building remarkably survived the earthquake.

Over the years, the Ferry Building has undergone many changes and survived another big earthquake in 1989.

Some residents objected strongly to the Embarcadero Freeway built beside the Ferry Building in 1968. Then in 1989, the freeway was heavily damaged, and demolished a few years later. (You can still see it in “Dirty Harry” movies.)

More recently, the Ferry Building was revitalized after an extensive four-year restoration, re-opening in 2003. Since then it has been decorated and celebrated by millions of visitors. 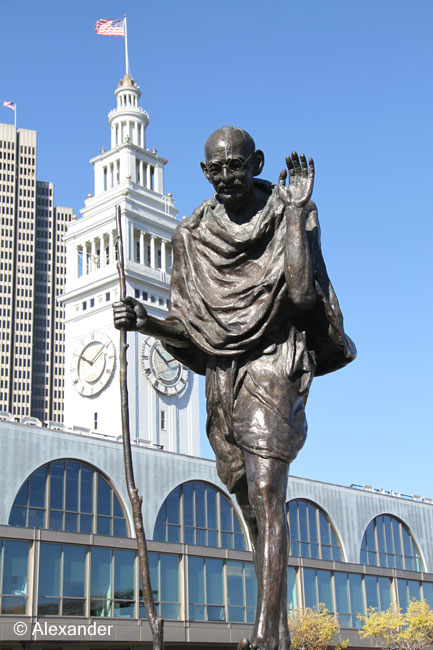 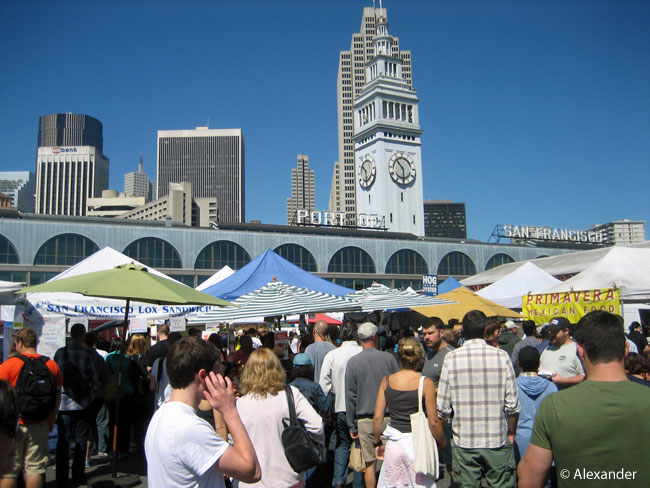 Graced by surrounding water and squawking gulls, tidal changes and every kind of boat, the Ferry Building continues to host and entertain the patrons and visitors of San Francisco, as it has for over a century. 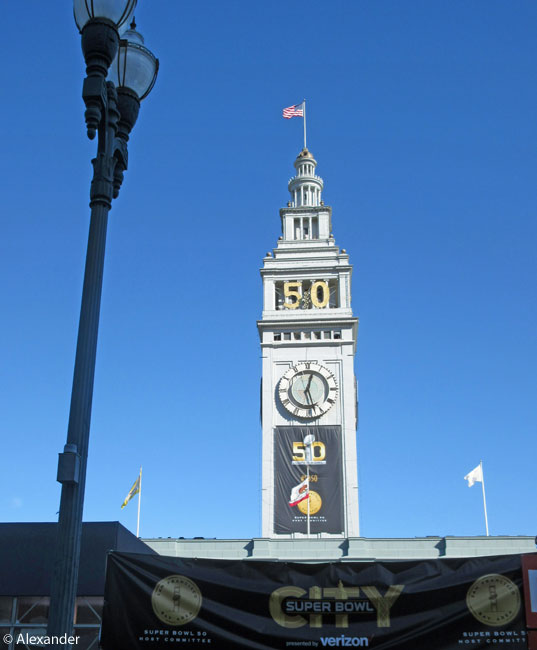 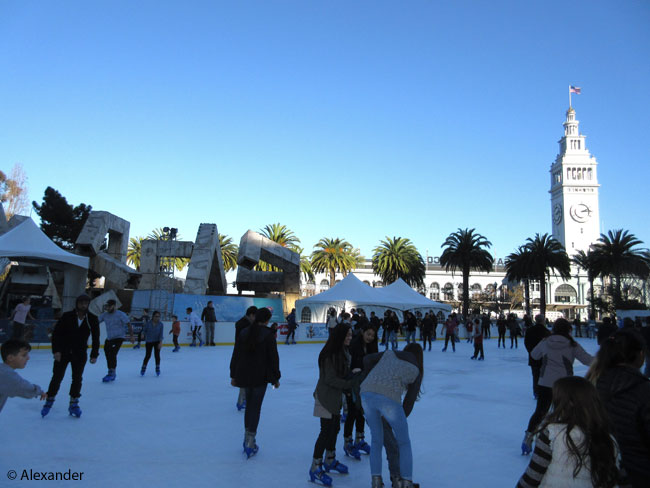 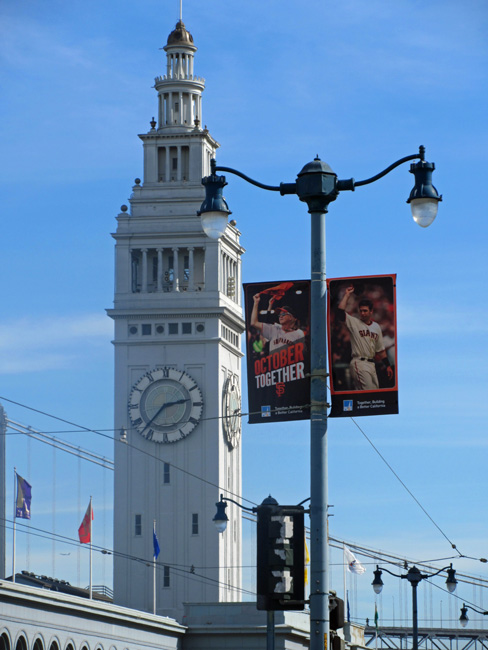 SF Ferry Bldg and Giants Banner, they won the pennant that year, Oct. 2014.