Rachel Carson changed the world when her book, Silent Spring, was published in 1962. At the time of writing, agriculture was accelerating to new heights with the advancement of synthetic fertilizers, insecticides, and pesticides.

The pesticide DDT had been heralded during WWII for controlling malaria, typhus, body lice, and bubonic plague; Paul Herman Muller had been awarded a Nobel prize for it.

From the 1950s on, DDT (dichloro-diphenyl-trichloro-ethane) was used extensively–40,000 tons a year, worldwide. Especially effective in eliminating mosquitoes, it was liberally sprayed from airplanes and trucks, on crops and neighborhoods.

Insect-borne diseases, they said, would be a thing of the past.

As a child in the 1960s, I clearly remember the excitement of the “spray truck” when it regularly came down our street in Wisconsin every summer. We lived near a marsh and mosquitoes were rampant.

All the little kids, including me, would go running out of their homes chasing after the spray truck, as if it was an ice cream truck.

We would run with delight into the billowing clouds of DDT. 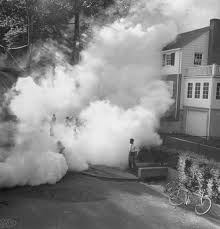 This is difficult to imagine now, all these decades later; but is a good indication of the level of ignorance then toward chemicals, pesticides, and insecticides.

While many scientists and industrial chemical companies were earnestly manufacturing dozens of new chemical cocktails, Rachel Carson, along with other scientists in the minority, began addressing the potential dangers of these unknown concoctions.

In the book she described how chlorinated hydrocarbons and organic phosphorus insecticides, like DDT, altered cellular structure in living beings.

The powerful chemical industry spent a quarter million dollars to discredit her research and malign her character. Still, she continued to present her scientific findings and medical interviews, citing numerous cases of human illnesses and fatalities from DDT and its derivatives. Tumors in laboratory rats.

The publication of the book stirred the nation.

The title, Silent Spring, predicted the silencing of birds and wildlife under this insidious chemical barrage. Communities organized grassroots efforts demanding the discontinuance of the aerial spraying in their neighborhoods. Then-president John F. Kennedy responded to the book by launching federal and state investigations.

During this period, the bald eagle population, America’s symbol of strength and freedom, was rapidly declining. Other birds were also affected: pelicans, peregrine falcons, and more.

All the bird species shown in these photos had populations that were dwindling or troubled due to DDT and its derivatives. The residue was in the land and water, contaminating insects, fish, worms, prey. Calcium metabolism was interrupted by DDT, eggs were too thin to reproduce subsequent generations.

Rachel Carson’s prediction of a silent spring was manifesting.

After a decade of much controversy, DDT was banned in the U.S. in 1972. Many other countries, like Canada and across Europe, discontinued its use, too.

During the writing of Silent Spring, Rachel Carson was diagnosed with breast cancer; then it metastasized. She managed to complete and publish the book, and motivate the country and the world into grasping the dangers arising from improper pesticide use and the need for better pesticide controls.

She died of breast cancer a year after this photo was taken, at the age of 56. 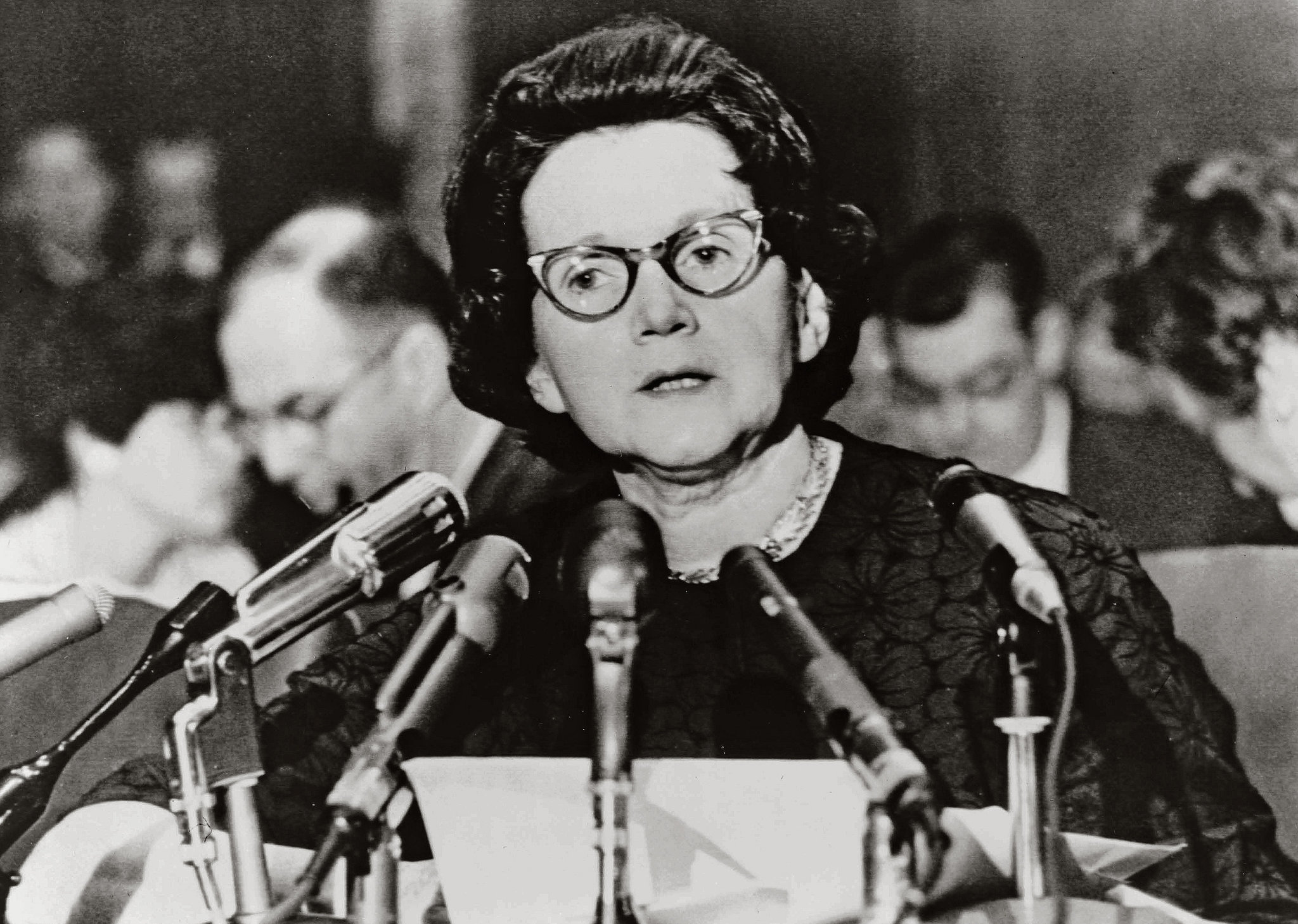 The story of DDT does not end here. But for today, let’s give Rachel Carson a bow for all the people and animals who survive, thanks to her.

Another of the many Earth Day heroes we can salute for their attentiveness, tenacity, and soulful work in making the earth a safer, sweeter place.