Although it is relatively shallow, San Francisco Bay has always been an attractive draw to mariners of the past and present.

The deepest part of the Bay, under the Golden Gate Bridge,  goes down 372 feet (113 m). San Francisco Bay Wikipedia.

Quieter inlets invite kayakers, windsurfers, and even paddle boarders to navigate the waves.

For people who can’t stomach the perpetual motion, permanently moored vessels are popular. Historic ships host sleep-overs for school groups or families; and many can be independently toured.

A few historic ships I have visited at San Francisco’s Hyde St. Pier in Maritime Park include The Eureka, an 1890 steam ferryboat, and The Hercules, a 1907 steam tug. My favorite is The Balclutha, an 1886 square -rigger.

If you’re tired of being on land and are looking for affordable ways to cruise the waters of San Francisco Bay, there are many fun options.

One of my favorite day trips is a round-trip ferry ride to Angel Island, with a hike and a picnic.

Angel Island view, looking out at Alcatraz and SF skyline

I also like to go on birding boat charters. Seabirds and sea mammals are abundant in the Bay. A key migratory stop on the Pacific Flyway, San Francisco Bay provides important ecological habitats for hundreds of species.

An elaborate ferry system services commuters in numerous parts of the Bay. These ferries offer a short and sweet boat ride. goldengateferry.org

In December marinas around the Bay are lit with decorated yachts. Parades of lighted boats thrill mariners and landlubbers alike.

What is my favorite boat ride so far?

I’ve been on many. I love every single boat ride, whether it’s in dense fog and frigid temperatures, or on spectacularly sunny, scenic days. Satiated sea mammals and squawking birds, bracing wind, briny air.

But my favorite boat ride was last summer, a Fourth of July fireworks cruise.

It’s probably not too early to figure how to do that again. No, it’s never too early to plan the next boat adventure on the San Francisco Bay.

All photos by Athena Alexander unless otherwise specified. 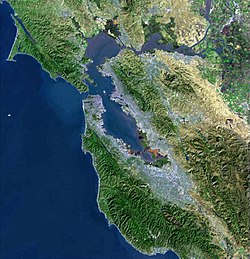 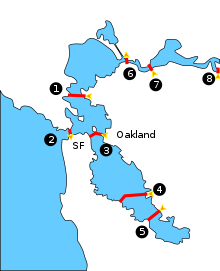 86 thoughts on “Boats on the San Francisco Bay”