With Halloween around the corner, a bat celebration is in order.

Bats occupy every continent except Antarctica, and represent 20% of mammals worldwide. There are 1,200 different species.

I have only one memory of bats when I was young, and it was my grandmother getting hysterical because one had somehow gotten into the attic. It was a big thing for us girls, who were repeatedly warned that bats make nests in your hair. We all feared bats.

This is a curious memory, because I spent many nights outside, playing, and I am sure they were all around me. But all I remember is the bat in Grandma’s attic and my deathly fear of getting one in my hair.

Bats have so many outstanding qualities, here are just a few. They…

Canyon Bat, Calif., in his favorite spot on our deck, inside the deck umbrella

I often go out in the dark to look at stars and listen for owls. Sometimes a bat will come near me, I feel their flutter. Even though I am a tall pillar in complete darkness, they zoom around me effortlessly. And no, they never get caught in my hair.

While traveling, I have had some fantastic bat sightings.

In Trinidad we came upon a species in the rainforest that we discovered came out every night from underneath our lodge. Fortunately we found them on the first night, and every night thereafter had the thrill of witnessing their emergence.

One whizzed by so fast I didn’t even see it, I just felt the breeze on my ear. A post I wrote about it: Enjoying the Bats.

My favorite place to see bats, however, is in Australia, because they have megabats on that continent. Big bats called Flying Foxes.

Megabats are the size of birds and assist in re-seeding forests. These days humans are taking down the forests at devastating rates, so having a mammal actually regenerate the forest is a refreshing change.

I love this Australian Aboriginal cave art drawing of bats, because it’s a great reminder of how long bats and humans have been coexisting on our planet.

White-nose syndrome. Caused by a fungus from Eurasia; mass mortality problems have not affected bats there, but the U.S. is suffering a loss.

“To the Batcave” (to borrow one of Batman’s lines):

Bat Viewing Sites Around the World

Bat-watching Sites in Texas, the state with the most bat species in the U.S.

So as the sun goes down on Halloween, while you’re out there tricking or treating, keep your eyes peeled on the sky. Look for silhouettes of what the ancients called flittermouse. One of these mammalian marvels is probably out devouring pesky insects, giving you a treat. 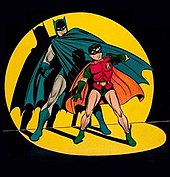