One of the most interesting mammals we have on earth, with unique matriarchal social aspects, bear-like appearance and ferocity, the spotted  hyena lives in sub-Saharan Africa.

Unlike other hyena species, spotted hyena are not scavengers.  They are primarily hunters (but will scavenge if food is scarce).  As a carnivore–and opportunistic–they make the most efficient use of their kill, more than any other African carnivore, able to eat and digest hide, bones, and almost all body parts.

Their strong jaws outmatch the brown bear in bone crushing ability, and have 40 per cent more bite pressure than a leopard.

When we sat around the evening campfires with the guides, more than any other animal, they talked most fearfully about the hyena.

How many nights I went to bed, on my little cot in a canvas tent, visualizing the guides’ stories about one or another human victim who had their face bitten off by a hyena.

What Crocuta crocuta hunt depends on where in Africa they live.  In the Serengeti, where these photos were taken, spotted hyena prefer wildebeest, zebra, and Thompson’s gazelle.

We had the grisly opportunity to observe the spotted hyena take down each of these three prey.  With a large heart, they are champions of endurance.

Of the 280 species of Carnivora (placental mammals), the spotted hyena is the most social with the largest group sizes and most complex social behaviors.

Clan size varies depending on where they live and territory.  Behavior is sometimes more competitive than cooperative.  Read more about this unique mammal here. 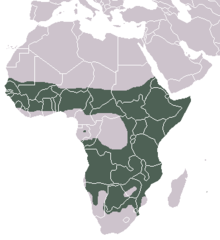 A very vocal and vociferous mammal, the spotted hyena has a variety of different calls.  They whoop and groan, squeal and grunt, giggle, yell, and scream.  Also known as laughing hyenas, they have a different sound for each communication.

Fearsome hunters, matriarchal, highly opportunistic, and successful, this is a mammal that has intrigued humans for centuries.

I am taking a summer break, my friends, will be back in two weeks.