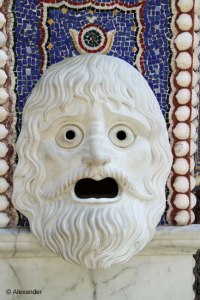 Nestled among olive trees overlooking the Pacific Ocean is The Getty Villa. Located in Pacific Palisades (Los Angeles), a visitor is magically transported from the California joggers and surfers of the day, back to ancient times.

A museum celebrating the Mediterranean world, it highlights the ancient Greeks, Etruscans and Romans.  There is no entry fee.

He eventually built this facility, extravagantly renovated in 2006.  Resembling an Italian villa, it is modeled after the Villa dei Papiri, a Roman country house in Herculaneium that was buried by the Mount Vesuvius eruption in 79 AD.

When Getty’s personal art collection became too extensive to be housed here, it was split into two locations.  The rest of his collection is at the Getty Center in Brentwood (L.A.). 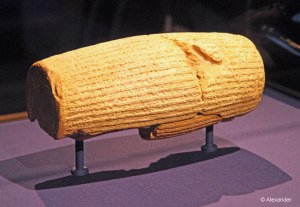 Cyrus Cylinder. Contains ancient text from 539 BC declaring the importance of human rights and tolerance. On loan from British Museum. 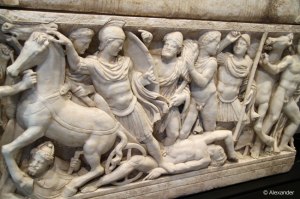 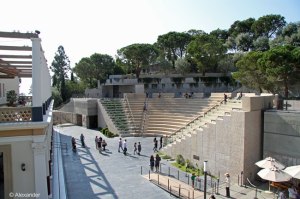 There is also a 450-seat outdoor Greek theater.  Here they host live performances, films, concerts, and festivals.  It is built into the hillside with tiers of benches, based on the architecture of the ancient Greeks.

More about the remarkable designs and acoustics of the ancient Greek theaters at My Space in the Immense Universe, presented by Greek resident and enthusiast, and fellow friend and blogger, Doda. 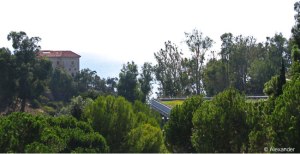 How fortunate to have the opportunity to peruse this extensive collection, embracing the ancient Greek and Roman antiquities.

45 thoughts on “The Getty Villa”